AfricaPress-Kenya: The Ethics and Anti-Corruption Commission (EACC) has arrested a couple linked to tax evasion amounting to Sh38.7 million.

The commission has been conducting investigations into the allegations of possession of unexplained wealth by Joseph Chege Gikonyo, a manager at KRA and his wife Lucy Kangai Stephen, and fraudulent failure to pay taxes.

The commission established that between the years 2010 and 2015, Joseph Chege Gikonyo and Lucy both being directors of Giche Limited accumulated unexplained assets amounting to Sh597,457,059.“Subsequently, according to Section 55(2) of anti-corruption and economics act, a civil suit was filed for forfeiture of the assets.”
“Further, the commission established that Joseph Chege Gikonyo and Lucy failed to pay taxes due to the Kenya Revenue Authority for the sum of Sh38.7 million being the company’s tax due and accrued expenses.” 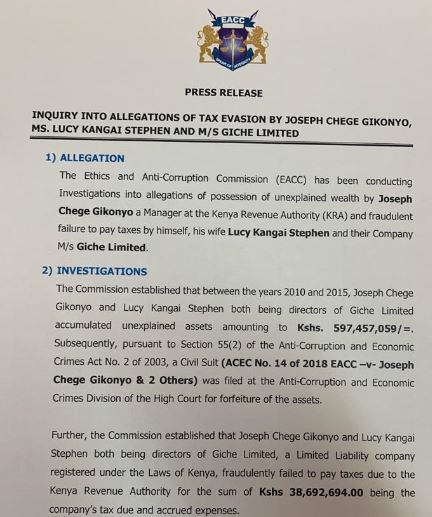 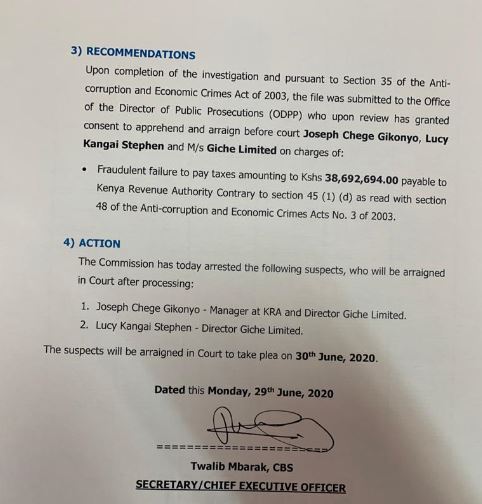